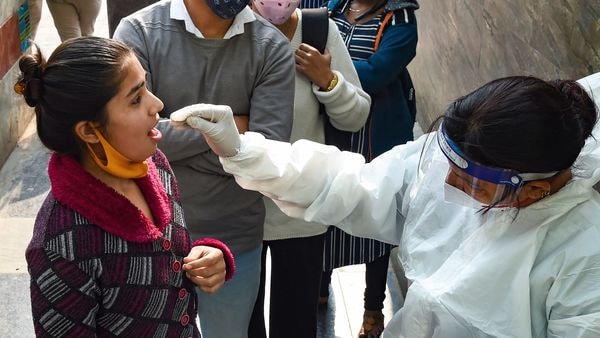 The state health department has issued guidelines to hospitals to be prepared in advance to deal with the Corona situation. Hospitals have been instructed to increase the number of beds. There has also been talk of increasing the number of safe homes.

Doctors from different hospitals in the state are being affected by one corona after another. Medical services at the hospital are being disrupted. State Health Secretary Narayan Swarup Nigam has asked the hospitals to be ready to deal with any new wave of corona like the second wave. The health secretary met with officials of various hospitals and health centers in the virtual state.

The health secretary directed that the number of beds should be the same as the number of beds available in various hospitals in the state at the time of the second wave. The doctors and health workers of the hospital who have been affected by the corona have been asked to be kept in isolation inside the hospital. Besides, doctors of government hospitals have been instructed to cancel their leave. Arrangements have also been made to ensure that corona patients receive adequate oxygen and medication. At the same time, the state health secretary has directed the government to provide information about the condition of corona patients and beds.

It is to be noted that the number of corona cases in the state is on the rise like the rest of the country. Doctors fear the situation could get worse. Meanwhile, doctors in different hospitals of the state are being affected by one corona after another. In this situation, the administration has taken steps to ensure that the medical services are not disrupted.