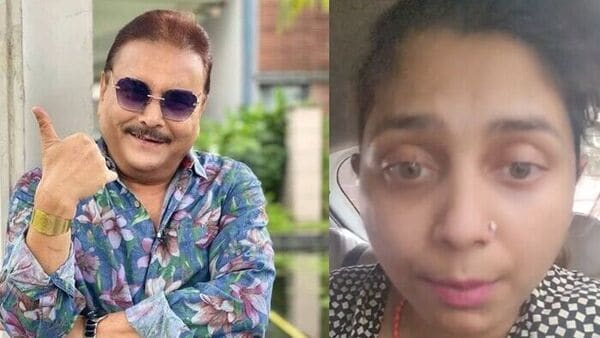 Daughter-in-law Swati has accused former state minister Madan Mitra and her son of abusing her. Posting a video on Facebook, Swati Roy claimed that Madan Mitra had threatened to kill her. That is why he was forced to leave Calcutta. While admitting that his daughter-in-law had left the house, Madan Mitra claimed that he did not know anything about the torture.

On Facebook, Swati Roy said that in 2014, she got married to Swarup Mitra, the eldest son of the then Transport Minister Madan Mitra. But after a few days of marriage, she realized that her husband was mentally ill. Eat plenty of sleeping pills, drink alcohol. Even Swarupbabu used to torture him physically and mentally. Madan Mitra and his wife tried several times but it did not help.

Although he did not comment on the allegations of torture, Madanbabu said, ‘He left home two years ago. A few days ago I saw him playing with my grandson on the roof of Dakshineswar’s house. I can’t say what happened suddenly. ‘ His question is, ‘If there was torture, why was there no complaint in the police station? But I don’t know much about husband and wife. I am busy with politics. I can find out. ‘