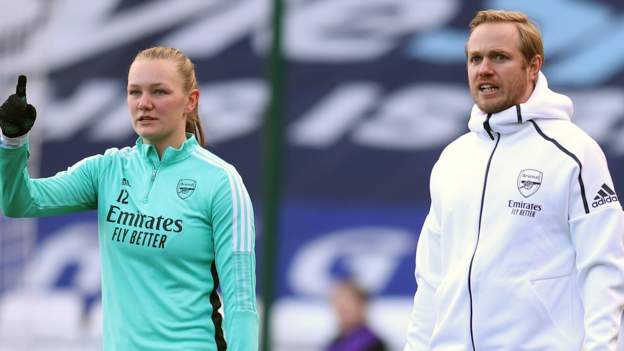 Arsenal boss Jonas Eidevall says his side need to “focus and reset” after the Women’s Super League leaders suffered a shock 2-0 defeat by strugglers Birmingham City.

The loss was Arsenal’s fourth in five games in all competitions.

Defeat against a side that started the day bottom of the table also brought their unbeaten WSL record to an end.

“We need to do the basics well again. It’s not about pointing fingers or finding excuses,” Eidevall said.

“We need to focus on ourselves and we need to reset. If we do that, I’m very confident we will get back to winning ways.”

Eidevall said being beaten by a Blues side that had not won at home in the league for 805 days, dating back to October 2019, is something the Gunners need “to learn from”.

‘We know what we need to do to win’

Their only win in December was a 4-0 victory against WSL strugglers Leicester City.

“For me personally, in 2021 I didn’t lose a single league game in Sweden or England,” said former Rosengard manager Eidevall, who took over as Gunners boss in the summer.

“I had an invincible year in all league games as a manager so I think we all know what we need to do to win football matches. That what our focus needs to be on.”

‘Quality was nowhere near’

When the 38-year-old Swede was asked about the “poor performance and bad result” against Blues, he said “you use too nice a words in describing it”.

“We clearly didn’t defend situations as team,” he said. “Some players were sprinting, some players jogging and some were walking into position. Even when we had the ball, we were so spread out as a team.

“We all saw today that quality was nowhere near. I have to take 100% take responsibility for that.”

While Eidevall went on to say it was a defeat that was “frustrating and hurtful”, he is adamant the performance was “a one off” for a side dealing with a number of absentees.

Only five players were named on the bench and Eidevall said team meetings after the winter break were mostly done “digitally” to avoid Covid-19 spreading among the squad.

Before the match he said there was “very little transparency” on Covid-19 cases in the league.

“If I would find any excuse this week is that we have been doing all meetings and preparations digitally,” he said.

“We were down to the last possible players to play the game. We could take zero risk getting any player ill with Covid.”