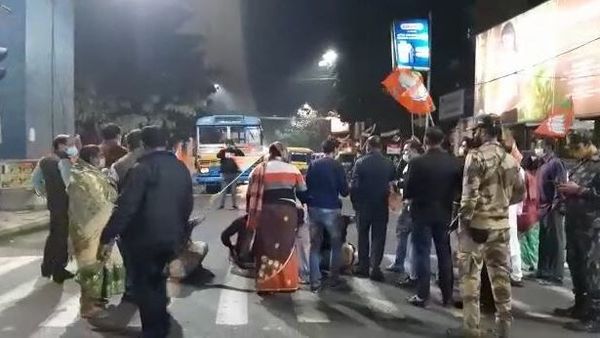 There is grassroots in grassroots. Allegations of attack on BJP candidate again in Bidhannagar against ruling party supporters. Debashis Jana, the BJP candidate in the affected ward 31. Allegedly, Trinamool goons attacked him in the swimming pool area on Friday evening. Debashisbabu has lodged a complaint with the police.

Sabyasachi Dutta, a former mayor of Trinamool, is contesting in ward 31 of Bidhannagar. Debashisbabu claimed that he was preaching from house to house in the swimming pool area on Friday evening. There were a few with. Allegedly, then the grassroots campaign started in the area by car. Trinamool activists prevented BJP workers from going to the polls. Even then, 20-22 youths beat Debashisbabu and the BJP leaders and activists who were with him for not stopping the campaign.

The injured BJP workers received first aid at Bidhannagar Sub-Divisional Hospital. The complaint has been lodged at Bidhannagar North police station. The BJP candidate was attacked by the Trinamool in Bidhannagar Ward No. 38 on Friday morning. The Gerua camp claims that the Trinamool wants to win the election by hooliganism realizing that there is no public support. That is why they have to take down thugs on the streets in areas like Bidhannagar. This election cannot be free. Yet our candidates will fight. Trinamool has denied the allegations.