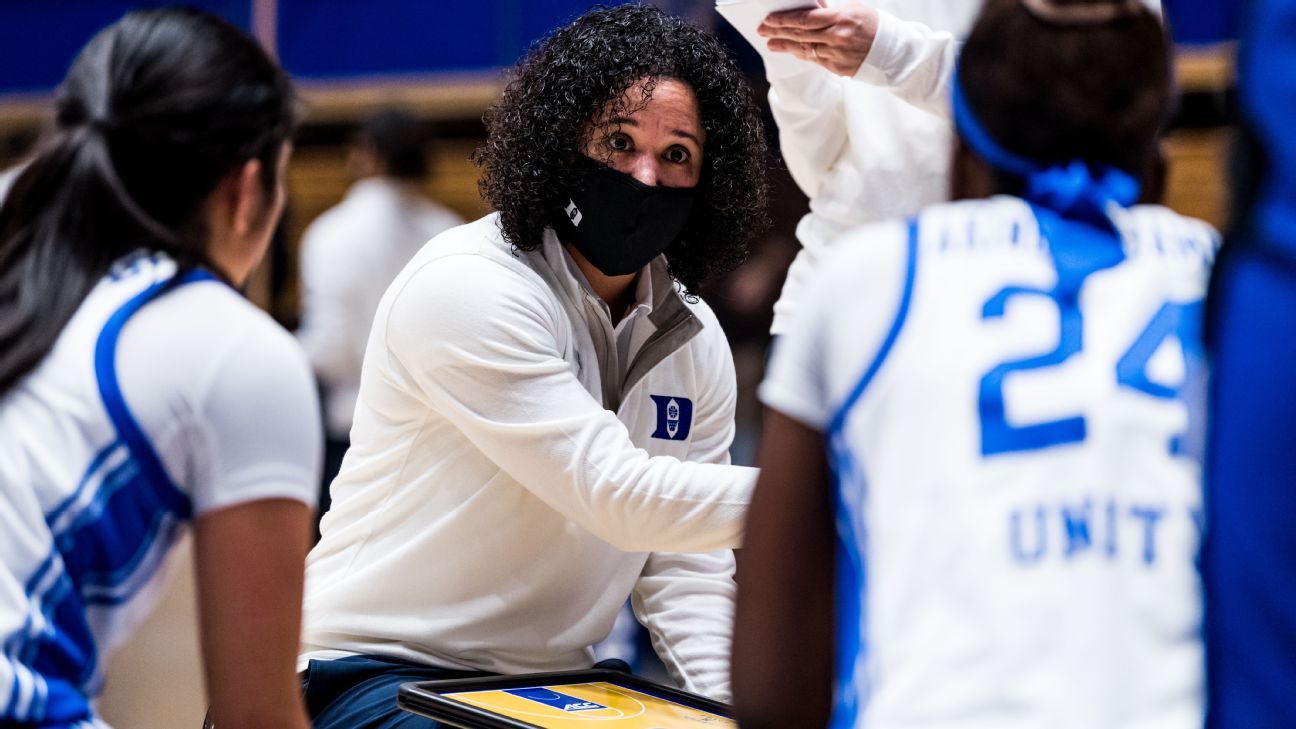 Some of America’s top Black men’s and women’s basketball coaches said they’re hopeful about recent hiring trends for minority coaches but also know they’ll face pressure to win for those trends to continue.

“I’m confident it’s going to stick in the years to come because my expectation is that we’re going to be successful,” said Duke women’s basketball coach Kara Lawson, as part of ESPN’s Martin Luther King Jr. roundtable that aired Saturday on College GameDay. “So I have a lot of confidence in the men and women around the country that have gotten these opportunities. And I think, although success has been ignored in the past, I think it’s getting harder and harder to ignore the success that minority coaches, specifically African American coaches, are having at this juncture, at this time in our sport.”

North Carolina Central coach LeVelle Moton said, however, that he worries that the recent hirings across the sport were reactive gestures to the current climate around social justice and diversity in America.

“A lot of those hirings came on the heels of the George Floyd situation a couple of years ago, and so my thing is always, can these opportunities and can these conversations continue when it’s no longer a trending topic, whenever it’s not a guilt trip for people to address these needs?” Moton said.

Leonard Hamilton, who got his first head-coaching job at Oklahoma State in 1986, said the recent trend shows there is a “window of opportunity” for Black coaches. He also said it’s important for Black coaches to continue to mentor one another as they grow.

“I try to represent some of the positive things I’ve learned from Dr. Martin Luther King by reaching out and trying to make myself available to help and be involved with counseling and mentoring as many younger, inexperienced coaches [and] new coaches I possibly can, and hopefully I can contribute to having some success with those guys who are on their way up,” Hamilton said during the roundtable.

Kyra Elzy, who led Kentucky’s women’s team to the NCAA tournament last year in her first season as head coach, said she too aims to open doors for others. She said success is the best way to do that.

“The name of the game is winning, and we have to win, but I think we are cheering for each other to be successful,” Elzy said during ESPN’s roundtable. “But at the same time, before we sit in the seat, [we have to make sure] that we are prepared so that we can have success and that we are being mentored and putting ourselves in position to be ready when our name is called and those interviews happen.”

The conversation about diversity in college basketball often centers on men’s coaches. Lawson said, however, that Black women in coaching face the same scrutiny and should also be acknowledged in the conversation.