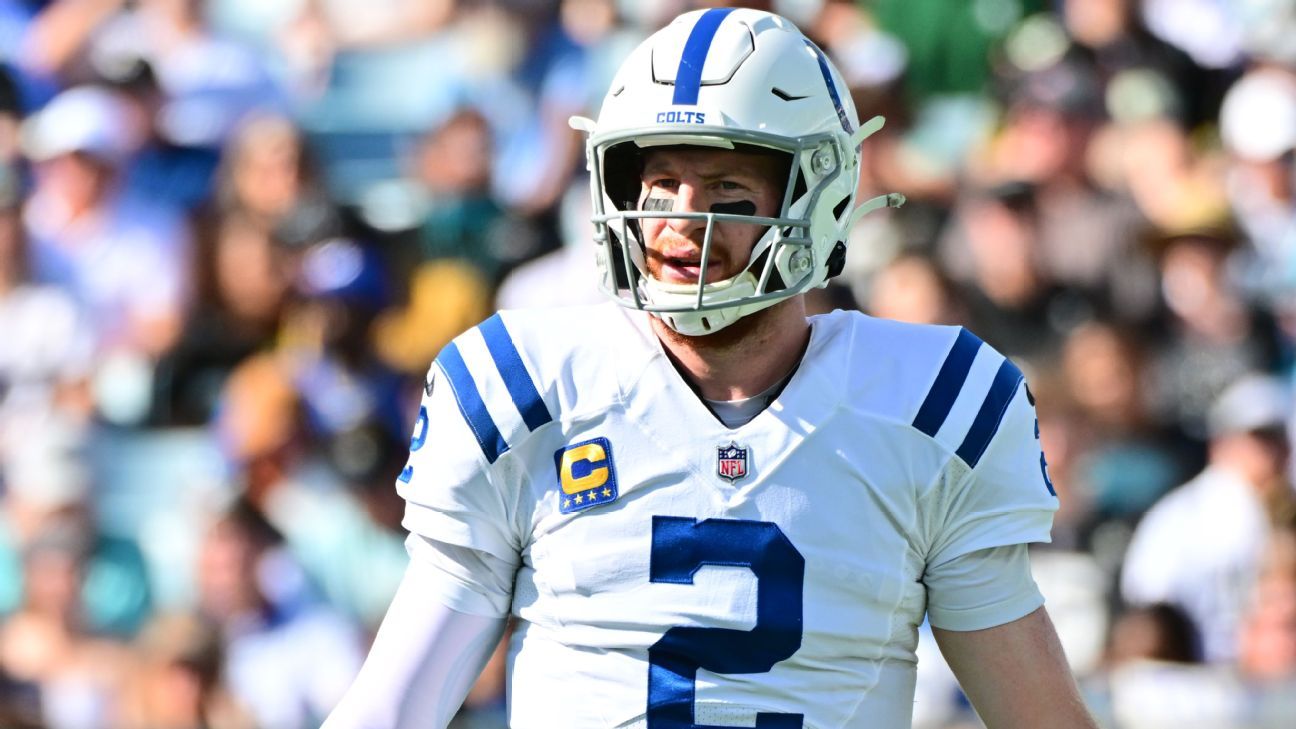 JACKSONVILLE, Fla. — The Indianapolis Colts had one job to do: win one of their final two games of the regular season to clinch a playoff spot.

They couldn’t get it done.

The Colts put on an embarrassing performance in their 26-11 loss to the Jacksonville Jaguars on Sunday, and they were officially eliminated from making the playoffs about 45 minutes after the game when the Pittsburgh Steelers beat the Baltimore Ravens 16-13 in overtime.

“You’re tired of looking for help,” Colts linebacker Darius Leonard said. “Always looking for help when we can’t help ourselves. We go into a game, this team [Jacksonville] is 2-14, not taking anything away from them, but how do we expect to win or want to get in if we can’t even beat the team we were supposed to beat.”

The Colts used the word “shock” countless times during their postgame news conferences. That’s because they didn’t think their season would come to an end Sunday.

They rebounded from an 0-3 and a 1-4 start to the season to become one of the hottest teams in the NFL, a team that had seven players named to the Pro Bowl and the type of team some said could go deep in the playoffs.

“Never expected to be sitting here at this moment right now, not like this,” Colts coach Frank Reich said with a look of disbelief on his face. “We just didn’t get it done, coaching or playing.”

The Colts weren’t prepared for the Las Vegas Raiders in Week 17, and it seemed fitting that they had their playoff hopes dashed in Jacksonville. They haven’t won in Jacksonville (or London) since 2014, and they never truly threatened the Jaguars on Sunday, trailing from start to finish.

“Kind of a shock to everybody,” Colts center Ryan Kelly said. “Not many words to describe it. To come here, controlling your own destiny the last two weeks of the season, to go in and not handle your business is a sting that will hurt for a long time. We have to look at ourselves for that. We certainly have the talent and leadership in the room to do it. We just didn’t do it.”

The Jaguars enjoyed being able to knock their AFC South counterparts out the playoffs.

“We were playing a divisional opponent that had a chance to go to the playoffs,” Jaguars interim coach Darrell Bevell said. “I think that’s enough, but there’s so much other [stuff]. I can’t even talk enough about how much these guys work, how hard it is, and all the time that they put in, the time that people don’t see.”

Things were supposed to be even better for the Colts this season after they made the playoffs in 2020. They gave the Philadelphia Eagles a first-round draft pick for quarterback Carson Wentz in an attempt for him to be a significant piece to go with running back Jonathan Taylor and a defense that finished second in the NFL in forced turnovers.

Wentz, instead, played a role in the Colts’ falters. The Jaguars limited Taylor, the NFL’s leading rusher, to 77 yards, which put the game in Wentz’s hands. Wentz was 17-of-29 for 185 yards with two turnovers. He threw for more than 200 yards just twice in the final eight games of the season.

“It’s a bad feeling,” Wentz said. “Knowing that we were in control in our destiny the last two weeks and didn’t get it done. Definitely left a bad taste in my mouth, a lot of guys’ mouth. Not what we expected. We expected to finish stronger than we did. A bad, bad feeling.”