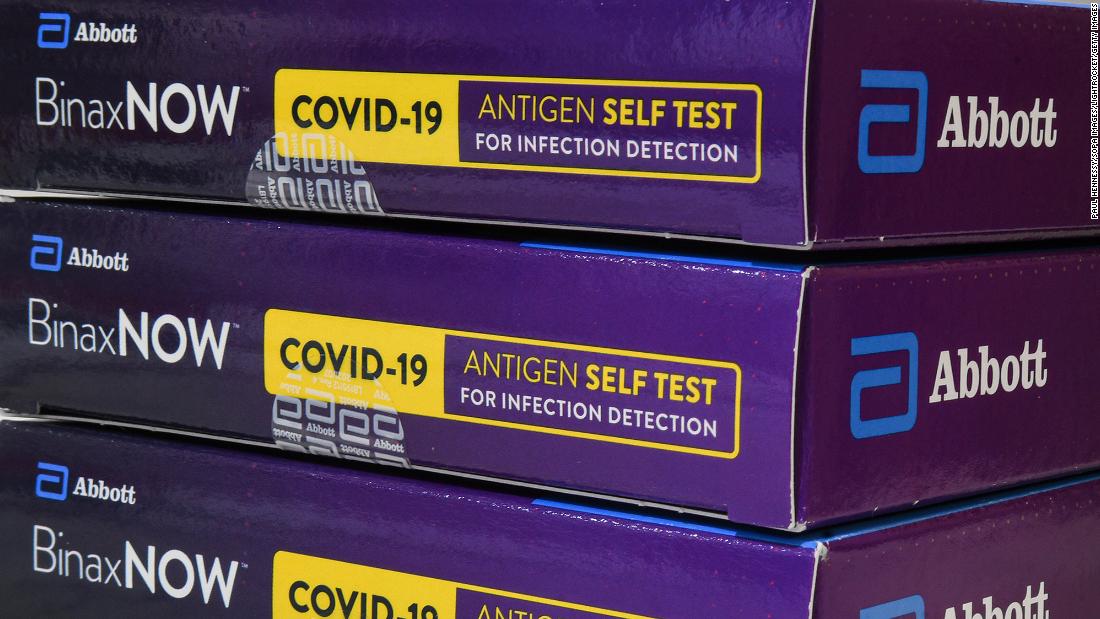 Walmart and Kroger are raising prices on BinaxNOW test kits, made by Abbott Laboratories, after an agreement with the White House to sell the kits at cost expired.

The White House said in September that customers would be able to buy the BinaxNow kits, two-packs of which retail for about $23, at Walmart, Kroger and Amazon for up to a 35% discount, a savings of roughly $8, for three months.

That deal lapsed in December. On Tuesday, a BinaxNow two-pack cost $19.88 on Walmart’s website and $23.99 on Kroger’s website. The kits were unavailable on Amazon’s website. (The company did not immediately respond to request for comment on prices.)

Costlier tests may make it harder for some people to afford them. Epidemiologists and other health experts say that tests need to be inexpensive — as they are in much of Europe — to encourage people to use them regularly.

Higher prices on test kits are the latest challenge for Americans struggling to get tested.

Demand for Covid-19 tests has surged as the Omicron variant has spread in the United States in recent weeks. Many stores are sold out, and retailers and pharmacies started limiting the number of tests each customer could buy.
On Dec. 21 the Biden administration, which has faced scrutiny for testing shortages that the president has vowed to fix, announced a new plan to make 500 million additional at-home tests available this month.

Share
Facebook
Twitter
Pinterest
WhatsApp
Previous articleNVIDIA shows off new gaming laptops and a virtual assistant for your car at CES 2022
Next articleWant Verizon’s new 5G network on Jan. 19? You’ll want to have one of these phones
- Advertisement -