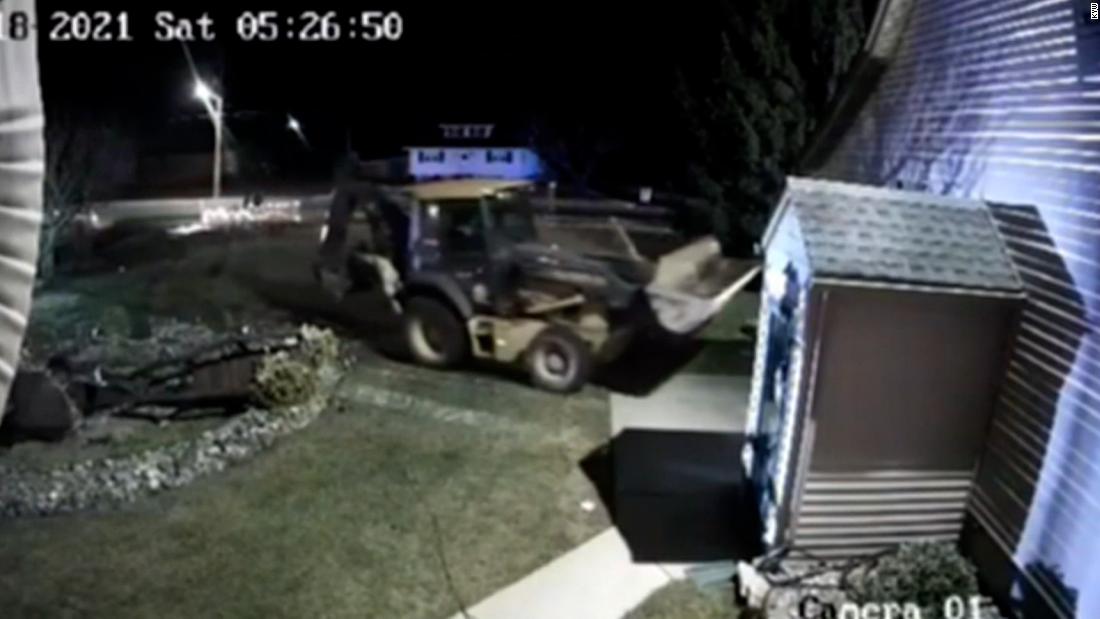 On December 18 at about 5 a.m., Vineland police responded to a call of a man driving a backhoe in an erratic manner, Peter Aseltine, spokesperson for the attorney general’s office, said in a news release.

The man in the backhoe, Joshua Gonzalez, a 20-year-old from Melville, was killed, according to the release.

“The police officers attempted to stop him for approximately 30 minutes, during which time Mr. Gonzalez caused extensive damage to several residences and vehicles, including three police cars, an ambulance, and an occupied civilian vehicle,” the release said.

In one of the videos, an officer gets out of his car and approaches the backhoe, which had briefly stopped on a front lawn. As the officer gets closer, the driver of the backhoe reverses the vehicle and drives down a street, hitting a police car and flipping it over.

The officer proceeds to follow the backhoe down the street and hears shots going off, which he quickly reports to dispatch. The officer then reaches the backhoe and his camera captures the moment the construction vehicle crashes into a tree and stops.

The shots he heard were fired by Sgt. Louis Platania, according to the release.

In another video, numerous officers approach Gonzalez after he is shot and turn off the backhoe and remove him from the vehicle. Officers are seen in the video removing, handcuffing, and giving Gonzalez aid.

Officers performed CPR, but Gonzalez was pronounced dead at 5:48 a.m., according to Bruck’s office.

Residents, who say they were startled by the commotion, can be heard screaming in the videos and on 911 calls.

“So, he’s trying to hit a building?” a 911 operator asks an eyewitness.

“That’s what it looks like. Everyone just ran inside,” the caller responded, as screams are heard in the background.

In one bodycam video, an officer approaches a frightened woman who was inside a sedan that was hit.

The officer asks her, “Are you alright?” and the visibly shaken woman says, “No, I’m in shock. I was going to work.”

Earlier in the video, the backhoe rams into two police cars and a car.

Investigators met with Gonzalez’s family to review the recordings, the release says.

The attorney general’s office did not mention a possible motive.