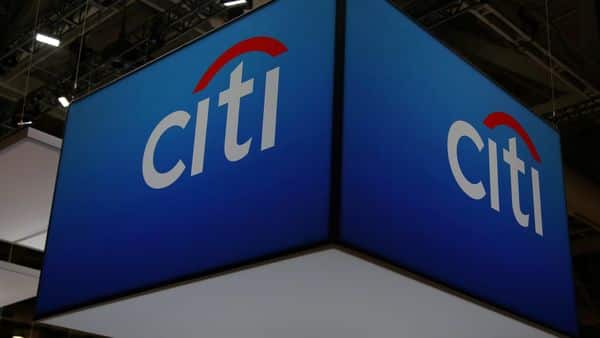 Office workers who don’t comply by 14 January will be placed on unpaid leave and a message to staff seen by Bloomberg said their last day of employment will come at the end of the month. While some of the employees will be eligible for certain year-end bonus payments, they’ll have to sign an agreement that states they won’t pursue legal action against the company to receive the funds, the company said in the message.

“You are welcome to apply for other roles at Citi in the future as long as you are compliant with Citi’s vaccination policy,” the company said in the memo.

More than 90% of Citigroup’s staffers have complied with the rule for U.S. workers, which also allows for employees to apply for religious or medical exemptions, according to people familiar with the matter, who asked not to be named discussing private information. While that number continues to rise quickly, the company has had to navigate shifting local laws and is facing public backlash from a handful of employees — mirroring the vaccine divisiveness playing out across the country.

A spokeswoman for New York-based Citigroup confirmed that more than 90% of the firm’s staffers have complied with the rule and that the figure is climbing rapidly, but declined to comment further.

As the omicron variant roils America’s return-to-office plans and workplace vaccine requirements are debated in court, Citigroup’s effort to require shots among about 70,000 employees is worth watching because its rules are the sternest so far among major financial companies, an industry that’s been keen to bring back workers to their buildings. While rivals such as Goldman Sachs Group Inc. and JPMorgan Chase & Co. have some vaccine requirements in place, their policies enable employees to avoid getting the shot if they don’t come into offices.

Vaccine mandates have become a fraught issue for employers from hospital operators to police forces and corporations, leading to litigation and resistance from some workers — though ultimately there has been broad compliance. The U.S. Supreme Court is set to hear arguments Friday on a Biden Administration order for large employers to require vaccinations or weekly Covid tests, meaning more mandates could be coming if the rules proceed.

Companies are rapidly finalizing plans for how to comply, said Melanie Paul, equity principal and co-leader of the workplace safety and health practice group at the law firm Jackson Lewis. Most employers have chosen to make vaccines voluntary and ramp up testing and masking policies, she said.

“It’s extremely onerous for employers,” Paul said, noting challenges in obtaining tests and tracking the data. “Because of these burdens, there are a lot of employers that are just waiting to see what the Supreme Court does before they go ahead and roll out their plans.”

Citigroup’s move to outright require shots is particularly complex because the company’s presence extends to so many corners of the country — from Manhattan bankers to tellers at hundreds of local branches to back-office workers in locations across Florida, Texas, Missouri and Kentucky.

The geographic disparities mean contending with an array of rules and political viewpoints. In New York City, workers are subject to a broad private-sector mandate. But in areas such as Florida and Texas, governors have actively spoken out against requiring vaccinations.

When Citigroup first announced the mandate for all U.S. employees in late October, the lender cited an executive order from President Joe Biden that required all individuals supporting government contracts, as well as anyone who works in the same offices as those employees, to be fully vaccinated. While that order has since faced legal challenges, the bank has pushed ahead with its directive.

While office employees face a Jan. 14 deadline, branch workers were given a different timeline, though they’ll ultimately have to comply as well. To boost acceptance, the bank has taken measures including bringing in medical experts to educate staff, holding town halls with human-resources leaders and handing out prizes for vaccinated workers. It also offered paid time off to people getting the shot.

The mandate has reverberated across the company: A LinkedIn post by an executive outlining the policy garnered nearly 700 comments. Some employees cheered the firm’s decision and called it a step forward or thanked Citigroup for keeping them and their families safe. But others voiced concerns, arguing this robbed them of freedoms or invaded their privacy.

“I’ve been sitting at home for two years now, I rarely go to the office, my direct reports are states away — this felt like a huge overreach,” said George Pagano, who spent five years in Citigroup’s operations and technology division before departing in November due to the mandate. “When it comes to promoting the company at the expense of having to threaten to fire people the week after Christmas, it just seemed to be a bit too much.”

In private chat rooms, employees have traded strategies for having exemptions granted, according to interviews with current and former workers. Others have been more public: Ben Shittu, who works in the technology division of Citigroup’s human-resources department in Ireland, made a YouTube video lambasting the mandate.

“I have been compelled to make this video in direct response to the enforcement of a vaccine mandate and possible terminations of core team members and U.S.-based employees within Citigroup,” Shittu said in the video. “For those of you that are extremely concerned or feel like you have been failed by your managers, I would like you to know that you are not alone.”

Shittu said in a LinkedIn message that he has been contacted by scores of Citigroup employees in the U.S. since posting the video. It has been viewed more than 9,400 times.

Evidence is growing that vaccine rules haven’t led to major employee defections. Just 3% of employers with mandates in a November survey by Willis Towers Watson said they had a spike in resignations. United Airlines Holdings Inc. and Tyson Foods Inc., two of the earliest large companies to impose similar rules, reported 99% and 96% compliance near their deadlines.

In New York, unions representing members of the police department warned a city mandate would pull thousands of officers off the streets. When the deadline passed, fewer than three dozen were placed on leave.

Still, employers now are contending with one added complication: the rapid spread of the omicron variant. Breakthrough infections have soared, making a mandate less palatable to those workers already hesitant to get the jab.

It also affects deadlines at companies such as Citigroup. If employees tested positive for the disease in recent weeks and received certain therapies, they have to wait 90 days before they can get vaccinated under guidance from the Centers for Disease Control and Prevention.

“With omicron, everyone is getting it, even people who are vaccinated and boosted,” said Paul. “That is also now a consideration that employers are thinking about when determining whether they should have a mandatory vaccination policy.”

This story has been published from a wire agency feed without modifications to the text. Only the headline has been changed.