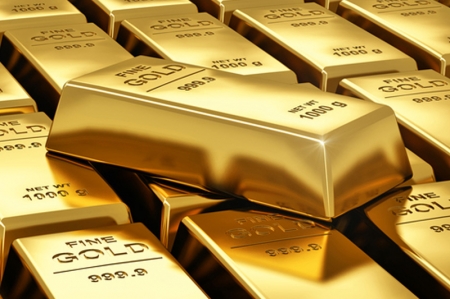 Investing.com – Do not write off gold yet — that’s what longs in the game would say despite the odds stacked against the yellow metal as the Federal Reserve prepares to raise interest rates for the first time this year since the Covid-19 outbreak of 2020.

The previous day’s slump was a sign of what gold bears could do this year as the Fed prepares to raise rates as many as three times before the end of 2022.

Tuesday’s rebound, however, showed that longs in the game were not prepared to throw in the towel yet — or simply roll over and play dead.

“The bullishness is interesting given we’re in a monetary tightening environment, (and) the dollar remains king and economic optimism remains strong,” said Craig Erlam, analyst at online trading platform OANDA.

The U.S. economy risks an environment of sustained high price pressures in a post-COVID world or a return to the low-growth, low-inflation regime experienced in the two decades before the pandemic, senior Federal Reserve banker Neel Kashkari said on Tuesday.

Gold has traditionally been touted as a hedge against inflation, although that argument was weakened last year as the yellow metal’s prices steadily fell in the face of ramping price pressures in an U.S. economy rebounding aggressively from the coronavirus pandemic. Often, gold fell at the expense of the dollar and U.S. Treasuries, which rallied on expectations of rate hikes by the Federal Reserve to tamp down inflation.

The Fed is due to release on Wednesday minutes of its December meeting where it laid out an expedited timetable for ending its pandemic-era stimulus. The central bank’s plan to hike rates as many as three times in 2022 will still depend on keeping inflation at 2% a year and unemployment ideally at around the 4% level that it defines as “maximum employment.”

News of rate hikes are almost always bad for gold, which somewhat reflected this last year as it closed 2021 down 3.6% for its first annual dip in three years and the sharpest slump since 2015.

But if the inflation theme remains strong through 2022, then gold could rebound, and even retrace 2020’s record highs above $2,100 — which, incidentally, came on the back of inflation concerns. That’s what bulls in the precious metals space are counting on.