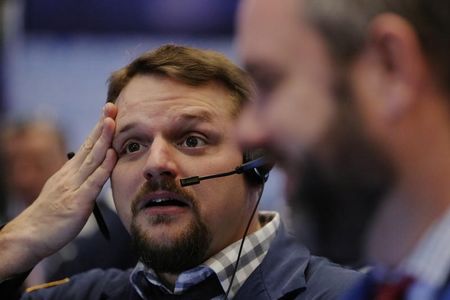 (Bloomberg) — Low-earning workers are getting recruited at higher rates than other income brackets, which is pushing up wages and raising costs for businesses.

The pandemic has played a major role in the move, as have supply-chain disruptions. But the bottom line is as demand rebounded in 2021, much of Corporate America struggled to keep up, with workers demanding better wages and benefits and improved safety conditions.

“What’s interesting is that wage growth is strong…but it’s only outpacing inflation in the low wage-paying sectors because that’s where we’ve got the most shortage of labor. People are having to pay up to get people to work,” Ellen Zentner, Morgan Stanley’s chief U.S. economist, said in a Bloomberg TV interview. “As inflation comes down, and wages remain strong, we should get real wages growing across all income segments.”

The phenomenon is best seen at Walmart (NYSE:) Inc., the biggest employer in the U.S. The retailer’s average wage nationwide is $16.40 per hour with some starting salaries as high as $17 per hour. Walmart’s average wage was around $14 an hour in February.  And it still trails what workers at rivals Costco Wholesale Corp (NASDAQ:). and Target Corp. (NYSE:) make.

As a result, the rising demand for labor is eating into bottom lines at some of America’s biggest companies. In its third quarter earnings, McDonald’s (NYSE:) Corp. said it expected 2021 wages to rise 10% from 2020 compared with a 4% increase in commodity costs. Meanwhile, Amazon.com Inc (NASDAQ:)., Starbucks Corp (NASDAQ:). are facing pushes for unionization, and Deere (NYSE:) & Co. recently resolved it’s biggest worker strike in decades.