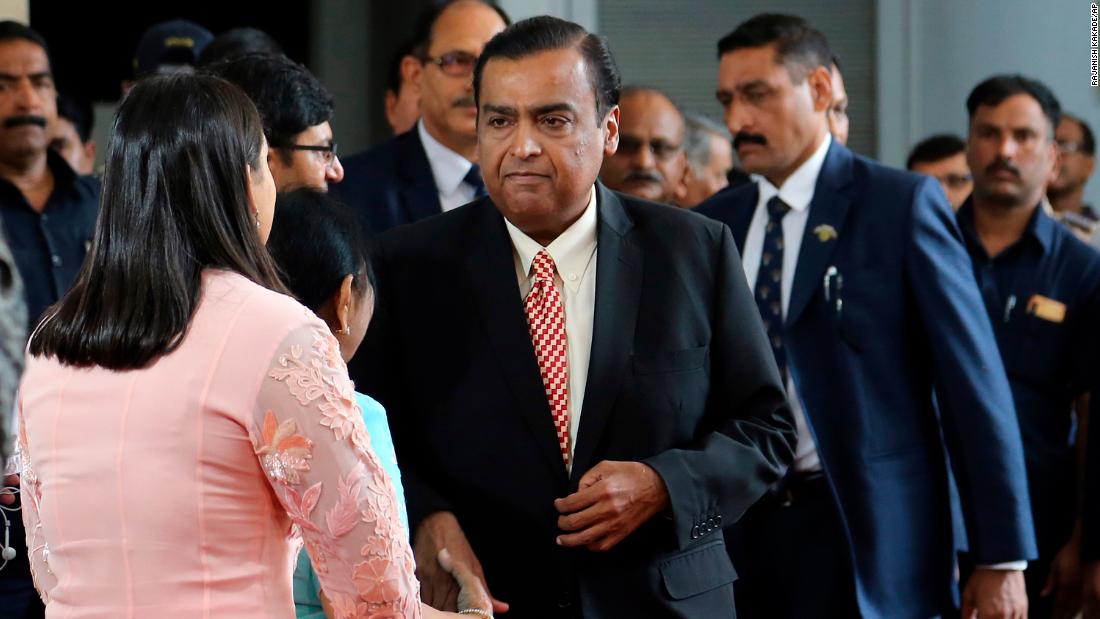 His conglomerate, Reliance Industries, announced Thursday that it would allocate a whopping 6 trillion rupees (approximately $80.6 billion) to renewable power projects in the western Indian state of Gujarat, where it hopes to help generate a million new jobs.

The bulk of that money — about $67.7 billion — will go toward a new power plant and hydrogen system, the company said in a stock exchange filing. Reliance plans to make the massive investment over a 10-to-15-year period, and has already begun scouting for land for the 100-gigawatt capacity site.

The company also plans to create a new manufacturing hub that will be dedicated to the production of solar panels, fuel cell technology and other renewable energy sources.

Reliance said the new initiatives stem “from the vision” of Indian Prime Minister Narendra Modi. The company’s 1 million jobs projection includes both direct and indirect new opportunities in Modi’s home state.
Renewable energy is starting to take off in India. Last year, new installations of such projects were projected to double across the country, compared with those from 2015 to 2020.
The trend comes at a critical time. As of late last year, coal still accounted for almost 70% of the country’s electricity generation.
That placed the world’s second most populous country in a vulnerable spot recently as it faced risks of a coal crunch last October, with stocks of the commodity at most Indian power plants dropping to critically low levels.

Reliance is one of India’s most valuable and recognizable companies. The powerhouse conglomerate — which spans petrochemicals, telecommunications and retail — has long been trying to reduce its reliance on oil.

It has also been undergoing a shift in focus recently as Ambani, its chairman, seeks to transform it into a global tech giant.

In its statement Thursday, Reliance said it would use the remaining funds to invest “in existing projects and new ventures over next three to five years.”

Over that period, the company wants to direct $1 billion to upgrade its mobile network to 5G, and spend about $406 million on its retail arm.

— Diksha Madhok contributed to this report.