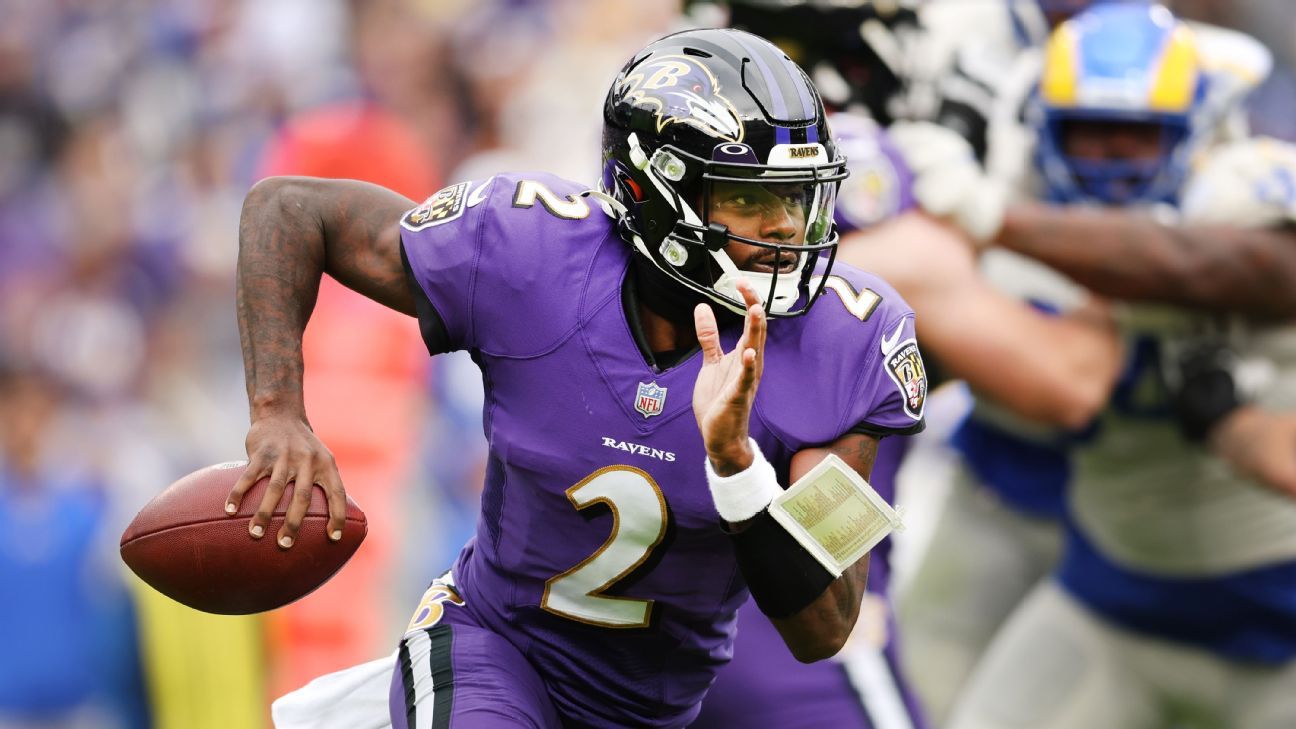 Lamar Jackson will miss his fourth straight game with a right ankle injury. He didn’t practice all week and has only suited up once in the past 26 days since hurting his ankle on Dec. 12 in Cleveland.

This is the first time this season that Huntley has been named the starter heading into a game. Jackson had previously been listed as questionable on the team’s previous three injury reports.

“He’s played well. He can play better,” Harbaugh said of Huntley. “That’s what is aiming to do this week — to improve and and build on his past performances. I’m looking forward to seeing that happen.”

Huntley is making his fourth career start for Baltimore (8-8), which has a 3.3% chance of reaching the postseason, according to ESPN’s Football Power Index. In addition to beating the Steelers (8-7-1), the Ravens need the Colts, Chargers and Dolphins to all lose Sunday.

Undrafted out of Utah in 2020, Huntley has been impressive in stepping in for Jackson. In three starts, Huntley has thrown for 631 yards and rushed for 167 yards, totaling four touchdowns (two passing and two rushing).

But Huntley is coming off his most disappointing performance of the season in last Sunday’s 20-19 loss to the Rams. He threw a critical interception late in the first half and failed to lead a touchdown drive, which was the first time the Baltimore offense had not reached the end zone in a game in three years.

Huntley had only two days of practice before the Rams’ game because he had just been activated off the reserve/COVID-19 list. He acknowledged that he was still feeling the effects in his chest last week and didn’t have the same energy level after not eating for a couple of days.

Jackson will be sidelined for a fifth game this season after missing only two games in his first three seasons. Jackson sat out the 2019 season finale after the Ravens had already clinched the AFC’s top seed and missed a game in 2020 after testing positive for COVID-19.

This is the first time that Jackson has been sidelined by an injury. When Jackson hurt his ankle in a 24-22 loss in Cleveland, the Ravens insisted it was a minor injury. But the only time Jackson practiced was on Dec. 29, when he moved from drill to drill with a pronounced limp.

“He wants to out there every time,” Huntley said of Jackson. “It’s so hard not seeing him going out there and being great like he usually is. He’s a great asset to this league and to this team. I can’t wait [him] to feel better.”

Baltimore is looking to avoid missing the playoffs for the first time since 2017, the season before the team drafted Jackson. The Ravens have lost five straight games, the second-longest losing streak in franchise history.