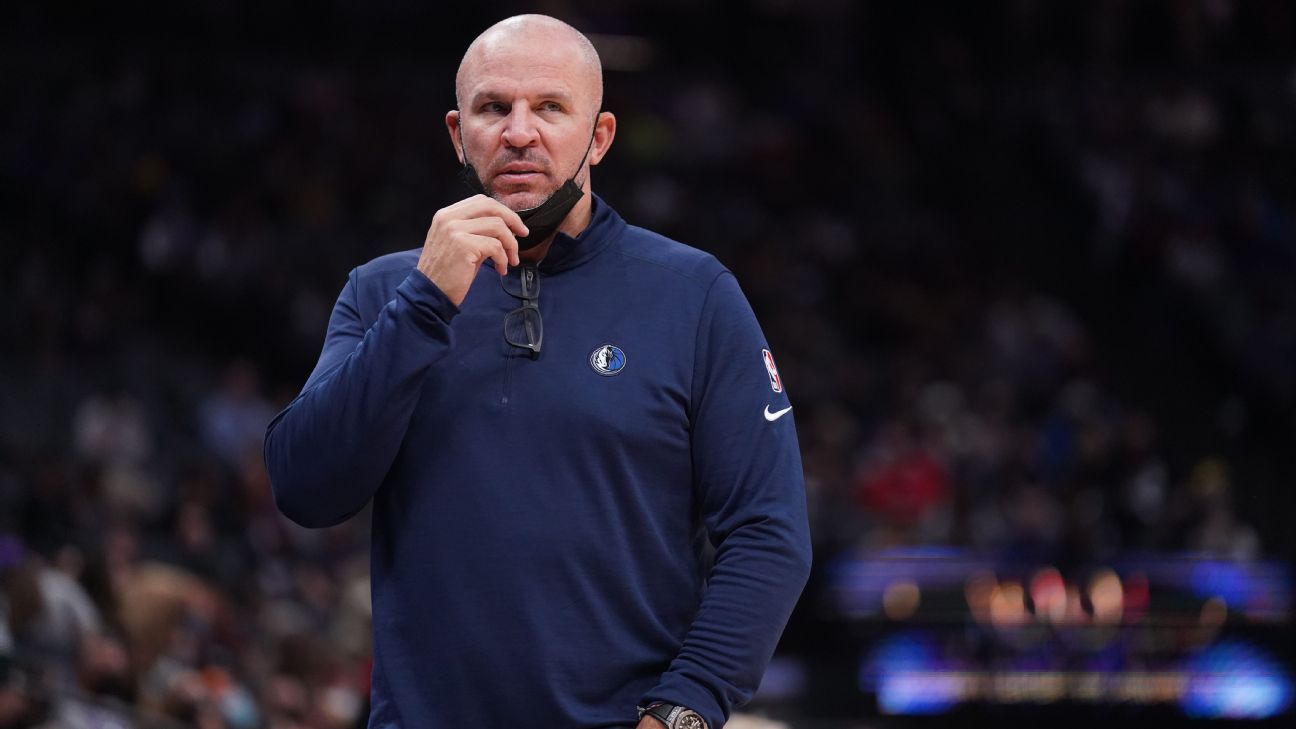 Kidd is the 13th NBA head coach to enter the protocols this season.

Kidd tested positive Thursday night after the team traveled to Houston for Friday’s road game against the Houston Rockets. Assistant coach Sean Sweeney will serve as the acting head coach in Kidd’s absence.

The Mavs, who are 20-18 and on a four-game winning streak, have been hit especially hard by the Omicron variant’s surge. Dallas has had 11 players enter the protocols, including two replacement players on 10-day hardship deals, as well as multiple assistant coaches.

Power forward/center Kristaps Porzingis and backup center Boban Marjanovic are the only Dallas players still in protocols on Friday.