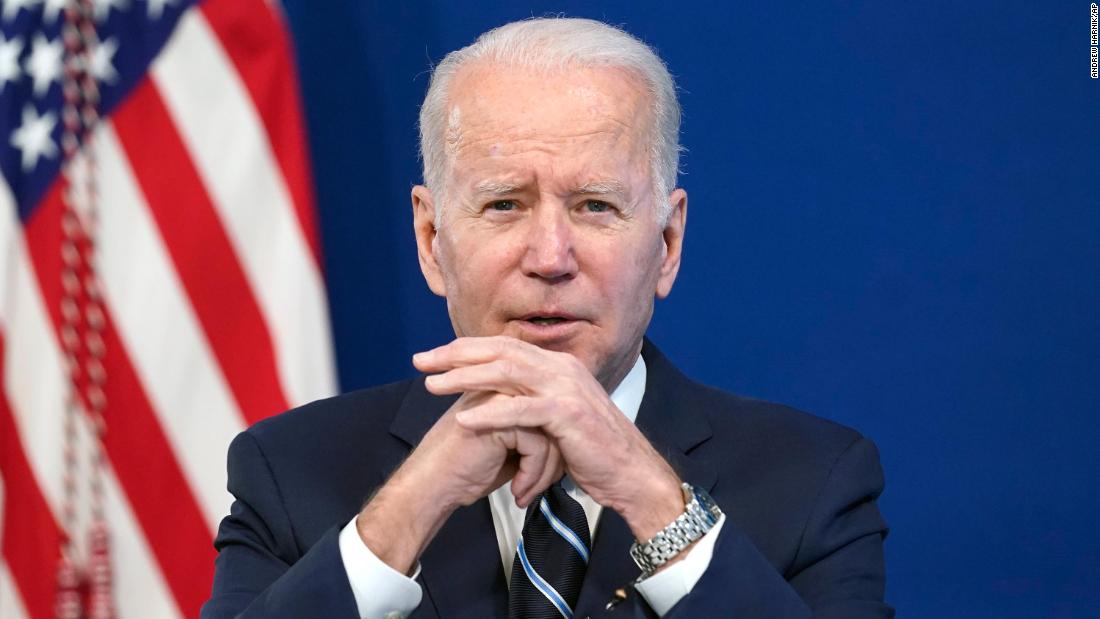 The fate of the Build Back Better legislation remains precarious, while the President’s emboldened words about the Freedom to Vote Act and the John Lewis Voting Rights Advancement Act were tougher than ever. On Tuesday, he asked elected officials, “Do you want to be on the side of Dr. King or George Wallace?” in what appeared to be a question implicitly targeting Sens. Joe Manchin of West Virginia and Kyrsten Sinema of Arizona, who still refuse to accept the filibuster carve-out that would allow the voting rights legislation to overcome Republican opposition. Even worse, Omicron has driven up hospitalizations and left huge swaths of the population despondent about when the pandemic will come to an end. “It’s déjà vu all over again,” as the baseball legend Yogi Berra liked to say.
Others complain that the President isn’t even doing a good job showcasing his many accomplishments. “Jobs, jabs, infrastructure, prosperity and peace,” one columnist urged in a piece criticizing Biden for failing to boast enough about what his administration has done.
Then there is inflation. Rising prices are overwhelming all good economic news in recent days, including low unemployment and a buoyant economy. Although initially many economists thought that the price increases would be “transitory,” the widely accepted outlook is that inflation will remain high for a while. One Nevada voter, Laura Godinez, who told CNN she used to lean Republican but had shifted toward the Democrats in recent elections, commented: “I don’t want to say this, but when Donald Trump was here, it was nothing like this.”

Does this all add up to a doomed presidency? That question will naturally enter into the minds of Democrats as they speculate about where this is heading, particularly with the distinct possibility that Trump could run again in 2024.

Those who are worried should find some solace in the fact that contemporary presidents have been able to come back from difficult moments like these. Challenging first terms don’t inevitably put a commander in chief on path toward a one-term presidency. It’s possible to struggle in the polls, deal with difficult economic challenges and criticism from different factions of one’s own party and still go on to be considered a successful two-term president.

Just look at Ronald Reagan, who served from 1981 until 1989, and is considered one of the most transformative presidents in recent times. In early 1982, Reagan was struggling to stay above water. The economy had entered into a serious recession, a result of the anti-inflationary moves of Federal Reserve Chairman Paul Volcker. Democrats were furious about Reagan’s efforts to gut the social safety net, while many conservatives feared that the president was unwilling to go far enough.

Reagan’s approval ratings fell to 46%, according to a Washington Post-ABC poll in May 1982. (While that was higher than Biden’s current ratings, it was low compared to Lyndon B. Johnson at a similar moment in his presidency (67%) or Richard Nixon (66%).

But conditions started to change dramatically in 1983 and 1984. As the economy rebounded, so too did Reagan’s standing. The president finally found his footing, figuring out a way to identify himself with the nation’s economic recovery and to calm the nerves of conservatives who wanted him to go much further on issues such as limiting reproductive rights.

He used the themes of tax cuts and anti-communism to hold his coalition together. In 1984, he touted his willingness to stand up to the Soviet Union and ran an ad declaring it was “Morning in America.” That year, Reagan won a landslide victory against Democrat Walter Mondale.
A few years later, Democrat Bill Clinton was also struggling in his second year in office. The president had gotten off to a rocky start, with some high-profile nominations going down in flames. The recession, which was one of the reasons Clinton won the election, didn’t go away as quickly as he hoped.
Clinton’s controversial health care plan in 1993 seemed to anger almost everyone: liberals preferred a single-payer system to his regulatory approach to lowering costs and conservatives blasted the plan as socialism. The administration’s success at raising taxes on upper income Americans also energized the GOP.
In June 1993, his approval rating had fallen to 37%, according to Gallup. When Republicans swept the 1994 midterms, taking control of both chambers of Congress for the first time since 1955, it didn’t take long for pundits to speculate that Clinton would end up being a one-term president like his predecessor, George H.W. Bush. “I want my presidency back,” Clinton allegedly said in a moment of frustration to a group of close advisers.

He found a way. As a result of the government shutdowns in 1995 and 1996, support for the administration started to rise, as voters blamed House Speaker Newt Gingrich and his fellow Republicans for the dysfunction in Washington.

The president’s tough stand following the Oklahoma City bombing in April 1995 generated widespread praise. Following the advice of strategist Dick Morris, Clinton shifted to the center on a number of issues, including welfare reform, stealing thunder from Republicans. And the economy started to grow.

Despite the anger that emerged from the left about his centrist shift, overall, the strategy put him in strong position to defeat Republican Robert Dole in 1996. Clinton presented himself as a bridge to the future while casting Dole as a bridge to the past. Even though House Republicans would vote to impeach the president in 1998, he ended his second term with approval ratings at 66%, according to Gallup.

And, certainly, Biden remembers the experience of President Barack Obama, under whom he served. Obama took over under terrible circumstances, and his first few years were anything but fun. He started his term with the nation still reeling from the implosion of financial markets in 2008. American troops were also bogged down in an unsuccessful and unpopular war in Iraq.

When the president moved forward with a major health care proposal, the Affordable Care Act, he triggered fierce opposition from conservatives and left many congressional Democrats fearful about the cost they would pay for the plan. Even the passage of the legislation didn’t allay those concerns, as ACA was initially not popular with voters.

As with Clinton, many on the left were unhappy. They thought that Obama was moving too far to the center. As with Biden, there were also concerns that the president was not doing enough to tout his accomplishments, including a major economic stimulus bill that helped put the nation on the right path.

Obama’s approval ratings dropped from 68% at the start of his presidency to 46% in October 2010. The midterm elections, which returned control of the House to Republicans, felt devastating. He admitted to being “humbled” by the outcome, which he called a “shellacking.”

But Obama also recovered and thrived. Americans began to feel the effects of the economic rebound, and the president found his political footing during standoffs with Tea Party Republicans who were pushing the GOP toward new extremes, such as when they threatened to send the nation into default by not raising the debt ceiling.

Obama was in much better shape by 2012, when he faced off against former Massachusetts Gov. Mitt Romney. Once again, Obama ran an effective campaign, reviving hope about the promise of his political vision and painting Romney as a right-wing figure who had little compassion for those who were struggling economically. Obama, of course, went on to win reelection and left office with his approval ratings at about 59%, remaining a hugely influential figure in the party.

While Biden’s current challenges are very real, they shouldn’t be seen as a clear indication of where his presidency is headed. This challenging moment is a snapshot of his term rather than the conclusion. In modern times, we have seen many presidents recover from a difficult start. Not everyone ends up like Carter, H.W. Bush or Trump, one-term presidents who campaigned for reelection under poor conditions (Carter was dealing with the Iran-Hostage crisis and stagflation; H.W. Bush with the recession; Trump with the pandemic and ongoing political turmoil). It’s possible that Biden’s troubles will fade, and he and the nation will eventually look back on a successful two-term administration.

Airbnb Falls Along With Travel Shares in Broad Stock Rout