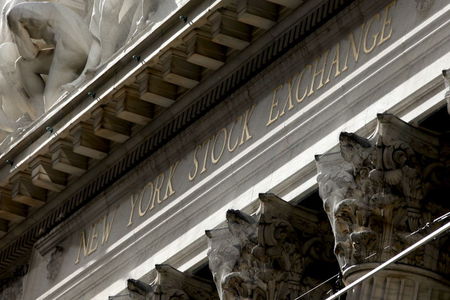 Investing.com — Retail sales data will give a fresh indication of how much the market has to worry about rising interest rates and the strength of the economy. Bank earnings kick off the fourth-quarter reporting season, and diplomatic talks aimed at stopping a fresh Russian invasion of Ukraine break down with no progress. European energy prices surge again in response. Here’s what you need to know in financial markets on Friday, 14th January.

1. Earnings season kicks off in earnest

The U.S. earnings season kicks off in earnest with fourth-quarter updates from JPMorgan (NYSE:), Wells Fargo (NYSE:) and Citigroup (NYSE:).

The results for and in particular are likely to be sustained by continued strength in dealmaking and capital markets toward the end of the year, with the economic recovery also helping to allow further releases of reserves from previous quarters. JPMorgan CEO Jamie Dimon earlier this week told clients he expects another year of solid economic growth in 2022, which will likely be reflected in the bank’s outlook.

The only headwind may be that Wall Street has already had a very solid start to the year, as rising long-term interest rates underpin the outlook for future lending margins. stock is already up 17% year-to-date, while Citigroup stock is up 12% and JPM is up over 6%.

U.S. numbers are due for December at 8:30 AM ET and are expected to have edged down 0.1% in seasonally-adjusted terms on the month – a subdued end to a wild year.

are expected to have risen 0.2%, a fifth straight monthly rise, despite signs of consumers having run down the savings they accumulated last year. Experian’s results, released last night, spoke of a sharp rise in consumer inquiries for credit scores.

Elsewhere overnight, there were signs of the massive boom in China’s merchandise trade cooling off at the end of the year. slowed to 20.9% on the year, while slowed from over 30% to less than 20%. Even so, the country’s $676 billion trade surplus last year was a new record and a powerful illustration of how much consumer demand was created by government stimulus further west.

Federal Reserve Governor Chris Waller told Bloomberg that three rate hikes for 2022 “is a good baseline”, a comment taken to imply a risk of more being necessary. In addition, private-sector economists have raised the prospect of the Fed ending its bond purchases immediately when it meets later this month.

The benchmark Treasury yield was up 3 basis points at 1.75%.

Wholesale energy prices in Europe soared again on a combination of factors, raising the likelihood of economic disruption in the coming months.

Talks between the U.S. and Russia over Ukraine broke down without making any progress overnight, and that was followed by a widespread cyberattack on Ukrainian government websites. The rouble and Russian stocks sold off on fears of another Russian incursion being met with fresh U.S. and European sanctions, even though U.S. Senators blocked new sanctions on the Nord Stream 2 pipeline on Thursday.

Benchmark northwest European gas futures rose as much as 13% to 96 euros a megawatt-hour ($110/MWh), on the same day as fresh data showing that European storage levels had fallen below 50%, some six weeks earlier than usual. That raises the prospects of rationing later on this winter if the unseasonably mild weather turns colder.

At the same time, electricity futures soared again as Electricite de France cut its output forecast due to more unplanned reactor outages. EDF (PA:) shares fell 23%, the most on record, with the news following a government decree forcing it to sell more power at a steep discount to market prices to ease the pain for consumers.

Crude oil prices rose to fresh two-month highs overnight after the Chinese trade data, against a backdrop over lingering worries about the ability of the global oil sector to produce the oil that a recovering world will need this year.

Baker Hughes’ drilling and the CFTC’s data round off the week later.