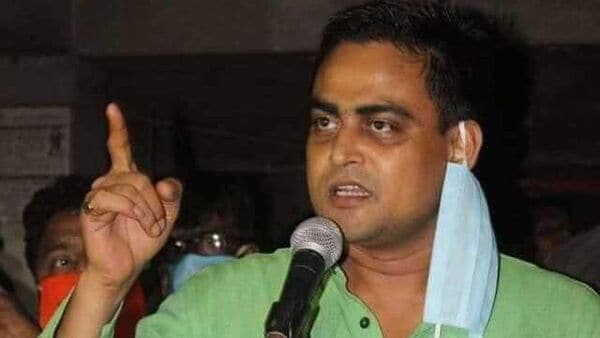 After a meeting of disgruntled state BJP leaders, Union Minister of State Shantanu Tagore opened fire on the party’s state secretary (organization) Amitabh Chakraborty. A long meeting of disgruntled BJP leaders was held at the Calcutta Port Trust’s guest house on Saturday. After that, Shantanu said, “I can’t see the team ending in front of my eyes.”

On the same day, Shantanu Babu said, “Our goal is to strengthen the hand of the Prime Minister and the BJP. But the committee currently formed in West Bengal has no intention of taking the party to a larger space. The committee has been formed with the wrong message of the top leaders. We all want to face the catastrophe that is going to happen to the BJP in the coming days.

He alleged, “Someone has formed a committee excluding all the strong leaders to control the organization. It is clear that they have collusion with any other group. Old leaders have been dropped not only from state committees but also from district and block and booth committees. 90 percent of the old leaders have been cut off.

Shantanu Babu claims, ‘Not only Matua, people from SC-OBC community have also been deprived. What is the reason for excluding those who have taken the Bharatiya Janata Party from 2% to 40% today? Will I make the party from saplings again today? Where has he reached a medium size ‘?

He clarified, “I will not say our allegations against any leader publicly. I will inform the top leadership of the team in time. We want to remove it. I will not allow the whole BJP to be destroyed in West Bengal for this alone. I will never let it happen ‘.

On this day, there was tension with the meeting of the BJP protesters. Banners were hung in front of the Port Trust’s guest house before the meeting. It was written. ‘After finishing BJP, we should not sort out our own sugarcane. Trinamool agents rotten BJP leaders beware ‘.

According to sources, the dissidents may break up the BJP and form a separate party in the name of Shyamapada Mukherjee.