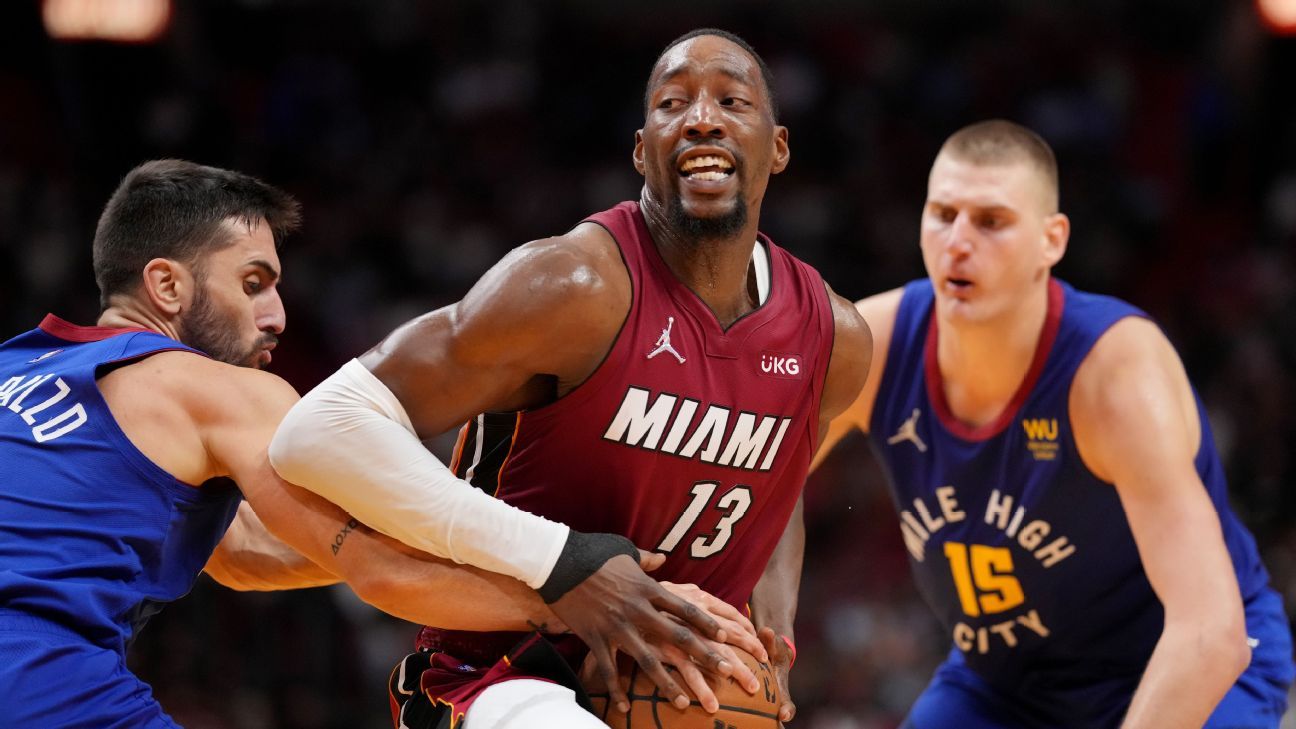 After an absence of six weeks in the wake of right thumb surgery, Miami Heat All-Star center Bam Adebayo is targeting a return against the Toronto Raptors on Monday, sources told ESPN on Friday.

Adebayo has been ramping up for a return in practice, and his return comes with the Heat surging into second place in the Eastern Conference with wins in seven of their last nine games.

Adebayo, who has averaged 18.7 points and 10.2 rebounds this season, had a Dec. 5 procedure on his thumb to repair a torn ulnar collateral ligament.

Without Adebayo, the Heat have benefited of solid play at center from Omer Yurtseven, who has averaged 11 points and 14 rebounds in his 10 games.