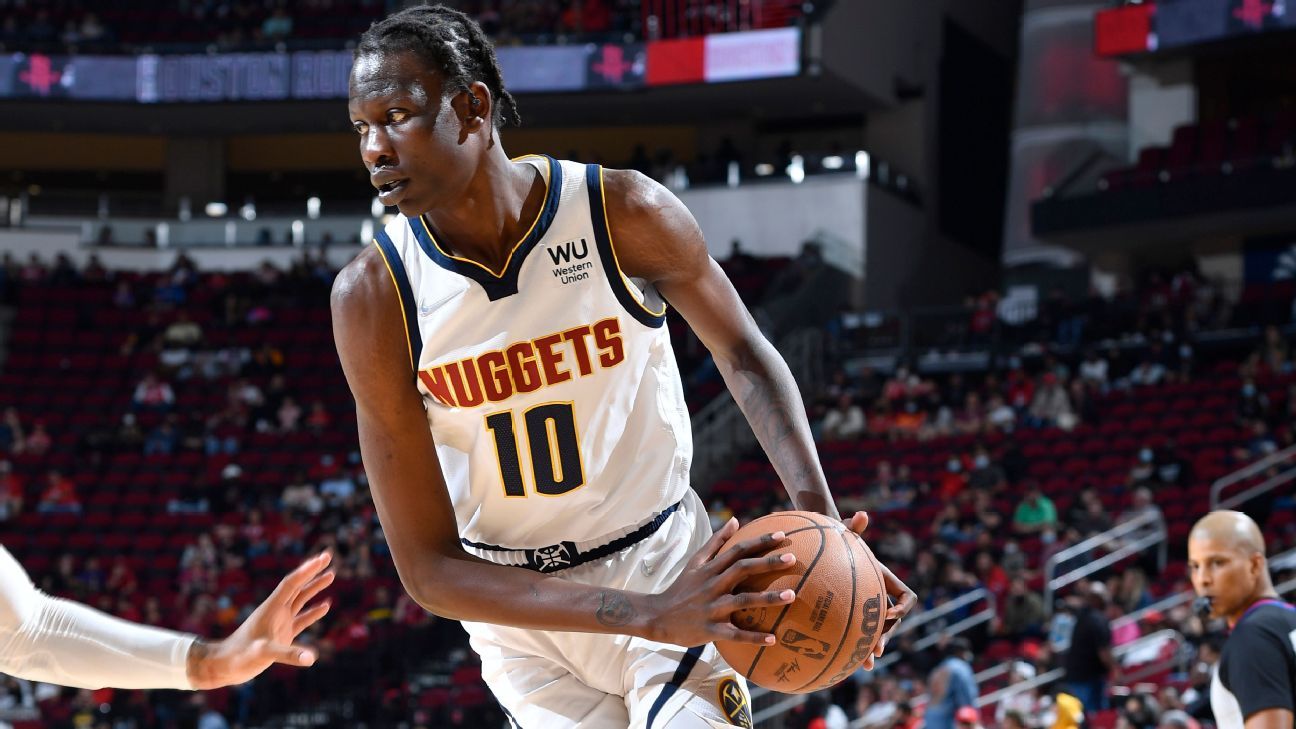 The Detroit Pistons are acquiring 7-foot-2 Bol Bol in a trade with the Denver Nuggets, sources told ESPN on Sunday.

Detroit will send Rodney McGruder and a 2022 second-round pick via the Brooklyn Nets to Denver for Bol, sources said.

Bol, 22, has shown flashes of promise with Denver, but has never found traction in a deep and talented Nuggets frontcourt. Detroit will give Bol an opportunity to get more consistent minutes as it continues to gather up young talent as part of its rebuild. The Pistons have 44 games left to evaluate Bol prior to his restricted free agency this summer.

Bol was considered a top-10 draft prospect prior to the 2018-2019 season at the University of Oregon, but dropped to 44th overall on draft night in 2019 and has averaged only 5.8 minutes in 14 games for Denver this season. Bol has shown flashes of offensive skill in his time with Denver, and he’ll get a chance at increased minutes with Detroit.

Bol is the son of the late Manute Bol, a popular 7-foot-7 player who played for a decade in the NBA.