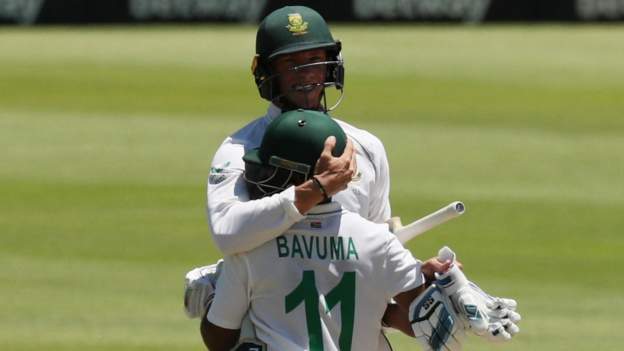 South Africa secured a 2-1 series victory over India with a seven-wicket victory in the third Test in Cape Town.

Keegan Petersen, who top-scored with 72 in the Proteas’ first innings, hit 82 as they completed a chase of 212 on day four at Newlands.

The run-chase had been set up by India’s Rishabh Pant, whose entertaining 100 not out on Thursday underpinned India’s second-innings 198.

The teams will play a three-match one-day series starting on Wednesday.