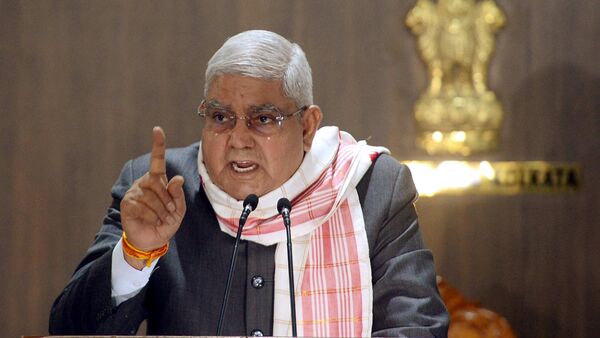 Once again, the state government was involved in a conflict with the governor. The governor appointed the new vice-chancellor of Diamond Harbor Women’s University on Friday. Acharya Jagdeep Dhankhar tweeted announcing the appointment of the Dean of the University as the Vice-Chancellor. Earlier, the state government had asked Soma Banerjee to appoint a temporary vice-chancellor of the university. The governor also mentioned this in his tweet. However, he argued that since Soma Banerjee was the vice-chancellor of two universities, it was being decided to replace him with a dean.

However, the state government retaliated after the governor’s tweet. The Department of Higher Education has issued a notification announcing the appointment of Soma Banerjee as the Acting Vice Chancellor of Diamond Harbor Women’s University. The statement added that the dean, who had been appointed by the governor as vice-chancellor, had refused to accept the post.

Meanwhile, in the wake of the Governor-State clash, Education Minister Bratya Basu tweeted to Jagdeep Dhankhar. In a tweet, the education minister wrote, “I will still ask the honorable nominee Acharya to cooperate with the government elected for the third time. Don’t impose your will on the education department with a warlike attitude. Congratulations to the newly elected Vice-Chancellors appointed as per rules. Earlier, the governor had alleged that vice-chancellors of several universities in the state had been appointed without his approval. In this context, Education Minister Bratya Basu suggested that the Chief Minister may be brought in as Acharya. In this situation, the new governor of the state clashed with the appointment of the vice-chancellor.