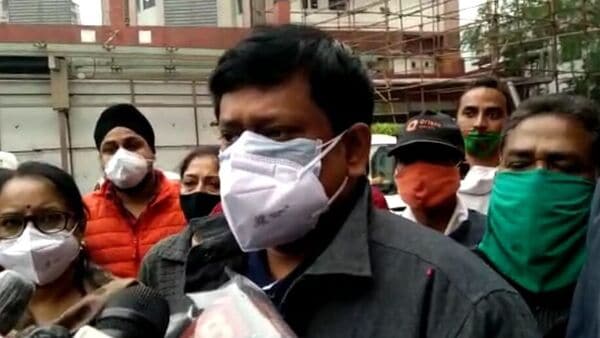 BJP state president Sukant Majumder was released from the hospital. He was hospitalized for the last few days due to Kovid. Leaving the hospital, he said, “I wish you all the best.” Physical problems are not like that. There are some weaknesses. Hope to get well soon. The doctor said that at least I should rest for two more days. Then everything will be fine. In fact, from the time the symptoms start, he needs to rest for ten days.

He has opened his mouth about the horrible train accident in Mainaguri. The BJP state president said it was a very sad incident. On behalf of the society, the way in which the Indian Army and the Railway Department have jumped together and carried out the rescue operation is a good sign. About 6 of us have donated blood. Ordinary people have also come forward. The railway minister also rushed to the spot. My guess is that very soon we will find out the cause of the train accident.

But could there be any sabotage behind this accident? Sukant Majumder said suspicion should be cast only when something comes up in the investigation. Being investigated. The most efficient officers are investigating. Regarding the municipal elections, he said, “We have already said that it would not be right to hold elections at this time.” The court feels it needs to issue tougher instructions on postponing the election. But again he threw it on the shoulders of the commission. Just passing the game.

The speed of infection is not increasing in the state, there is a demand to open a school