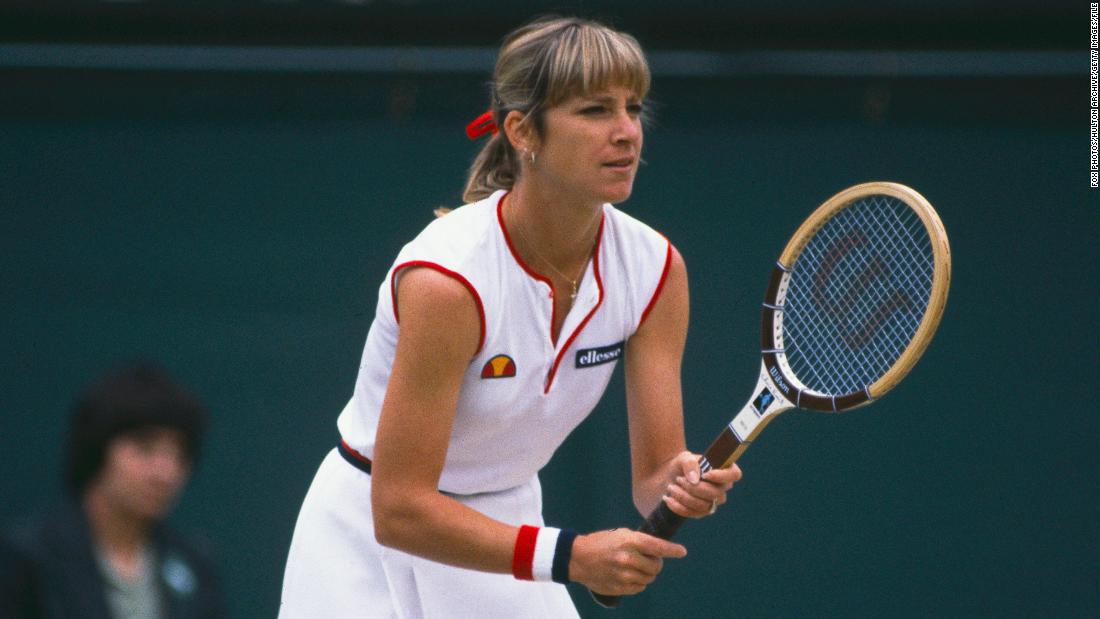 In a Twitter post linking an ESPN article Evert co-wrote with ESPN journalist Chris McKendry, Evert said she wanted to share her diagnosis and story “as a way to help others.”
“I feel very lucky that they caught it early and expect positive results from my chemo plan,” Evert wrote in a statement posted on Twitter. “Thanks to all of you for respecting my need to focus on my health and treatment plan.”
Evert, 67, added she will appear from home at times during ESPN’s coverage of the Australian Open, which begins January 17.
After Evert’s announcement, the Australian Open’s official Twitter account posted, “Thinking of you here and wishing you a speedy and full recovery.”
“We are all with you and behind you Chrissie, you are a true champion and I have no doubt you will conquer this nasty opponent,” another tennis great and longtime rival of Evert, Martina Navratilova, wrote. The rivalry between the two women, which began in 1973 and lasted roughly 15 years, has been called the greatest in sports history. The two faced each other in 14 major finals.

Evert is no stranger to fierce competitions and coming out a winner.

Born in Fort Lauderdale, Florida, in 1954, Evert climbed to the No. 1 nationally ranked player in the Girls’ 14-under Division by the time she was 14. When she was 15, she defeated the No. 1-ranked player in the world at the time, Margaret Court, in a Charlotte, North Carolina, tournament.
Evert turned professional when she turned 18 on December 21, 1972. Several months later, she faced — and defeated — Navratilova for the first time, in a women’s professional event in Akron, Ohio.

She also became the first female athlete to host “Saturday Night Live,” in 1989, the same year she retired. Six years later, Evert became a member of the International Tennis Hall of Fame, becoming the fourth player to be elected unanimously.

She became a commentator and analyst for ESPN in 2011, a role she still holds today. Evert has three sons: Colton, Nicholas and Alexander.

She now operates the Evert Tennis Academy in Boca Raton, Florida, according to ESPN.

Jason Momoa cast in next Fast and Furious movie