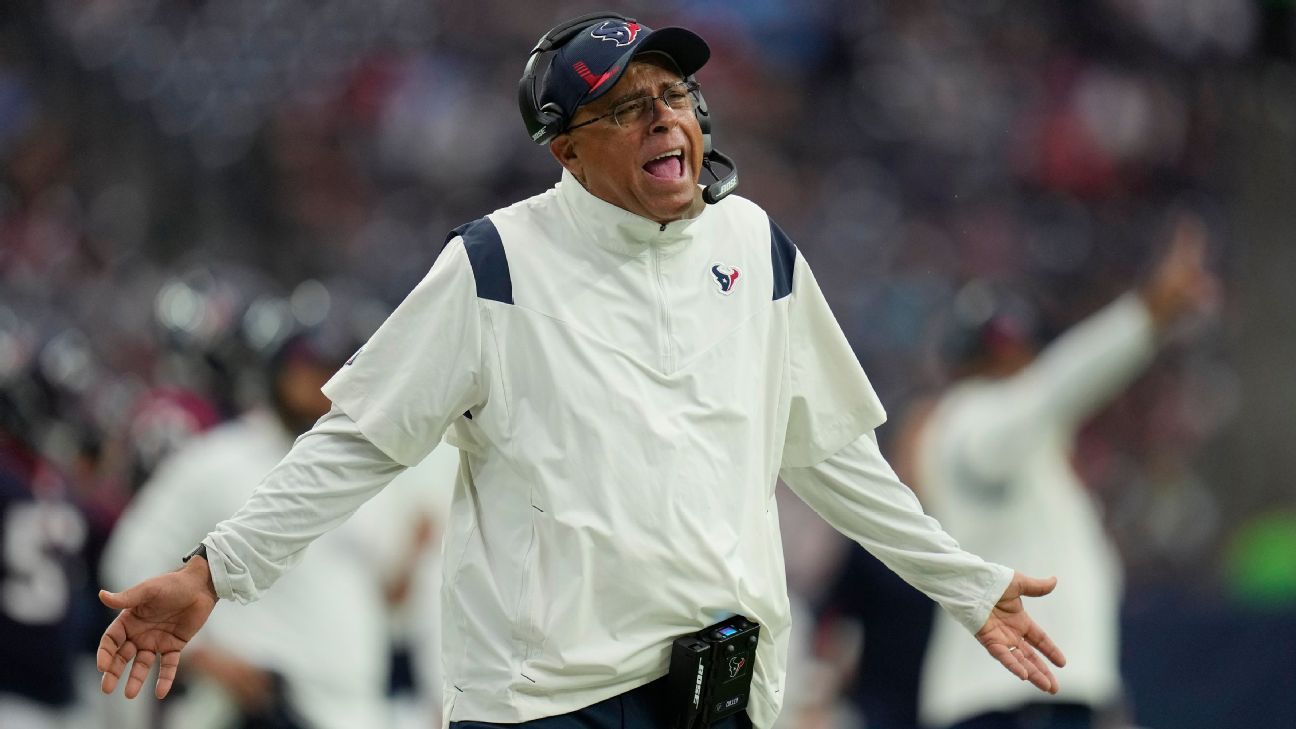 HOUSTON — Despite speculation about his job status after a 4-13 season, David Culley said he expects to return as the Houston Texans head coach next season.

“I haven’t had any questions or doubts at all about what’s getting ready to happen,” Culley said after the Texans’ 28-25 loss to the Tennessee Titans. “I’m looking forward to being the head coach of this football team next year. Haven’t thought about it one minute.”

When he was asked whether he has been told by team CEO and chairman Cal McNair or general manager Nick Caserio that he will be the head coach next season, Culley said he was just looking forward to his exit interviews with the players on Monday.

“I think he did a great job all season,” quarterback Davis Mills said. “Obviously, he was a great leader for the team. In the game of football, ultimately it comes down to wins and losses, but he had full faith in the team and really led us well all season. I loved him as a coach and I hope he’s back.”

When assessing his first year as head coach, Culley said he “didn’t feel like we won enough ballgames.”

“I feel like we needed to win some more ballgames,” Culley said. “I thought like there were some ballgames that we had that we could have won that we didn’t win. Basically, I’m just looking forward to this offseason and moving forward.”

In Culley’s first season as a head coach, the Texans went 4-13, winning the same number of games as they did the previous season under interim coach Romeo Crennel. Culley had to do it without quarterback Deshaun Watson, who requested a trade in January. Less than two months later, the first of 23 eventual lawsuits was filed against Watson alleging sexual assault and inappropriate behavior.

Watson, who still faces 22 active civil lawsuits, reported to training camp and was on the active roster all season. The quarterback was a healthy scratch for each game.

The Texans started the season by beating the Jacksonville Jaguars before losing eight games in a row and 11 of 12.