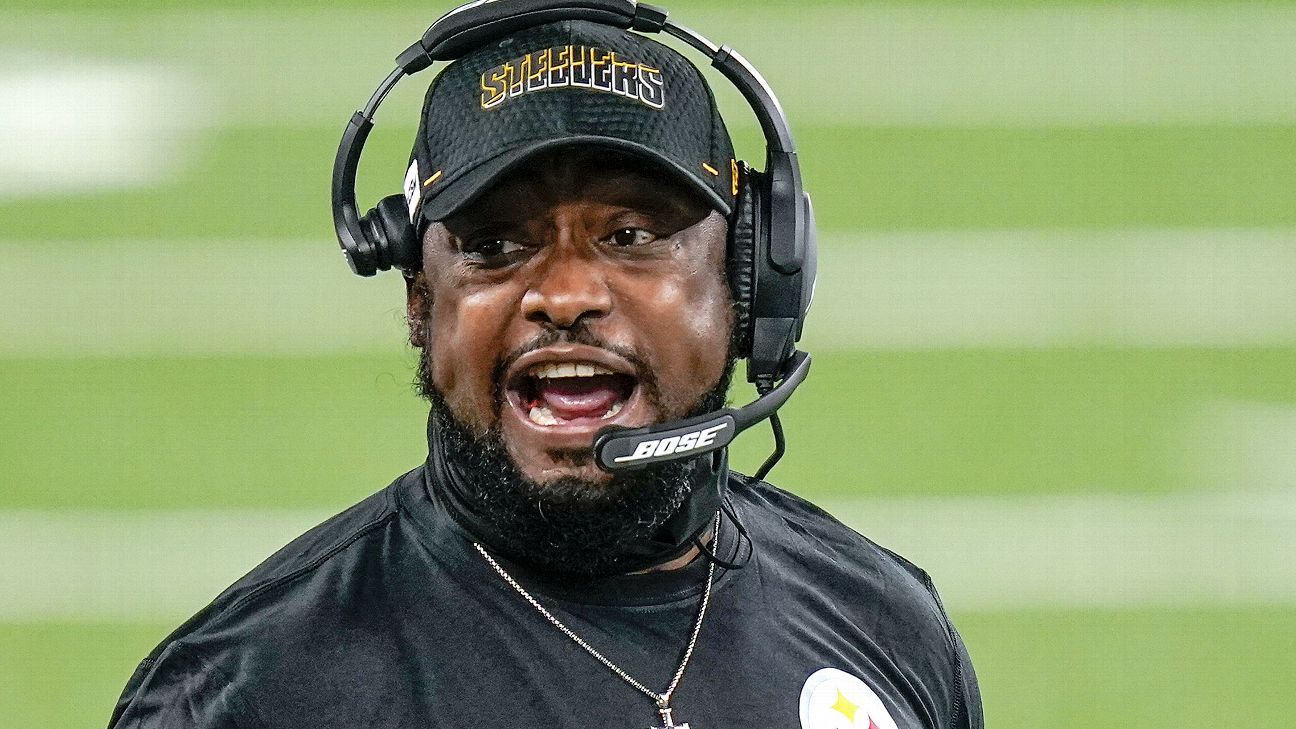 With Monday night’s 26-14 win against the Cleveland Browns in the quarterback’s home finale, the Steelers moved to 8-7-1 with one game left, ensuring that Tomlin will avoid a losing season for the 15th consecutive season as head coach. That mark sets an NFL record, breaking Marty Schottenheimer’s streak from 1984 to 1997 during tenures with the Browns and Kansas City Chiefs.

But Tomlin, notoriously understated when talking about personal accomplishments, downplayed the benchmark Tuesday.

“And so with that mentality, it’s just certain hardware that you expect to pick up along the way. And if you don’t, you’d be seriously disappointed. That’s just an expectation that we have here in Pittsburgh.”

Now 49 years old, Tomlin set a record more than a decade ago as the youngest head coach to win a Super Bowl when he was 36 and coached the Steelers to a win against the Arizona Cardinals in Super Bowl XLIII. He has endeared himself to his team and established himself as one of the league’s best coaches for his messaging and relationship with his players.

“He challenges his players,” longtime defensive lineman Cameron Heyward said earlier this season. “He expects the best. When he challenges us, it’s individually, but it’s for the collective group. He does it from a place where you know he wants the best for you, and to have a coach do that at such a one-on-one level even when he’s the head coach is pretty special.”

“This team is full of tradition and history,” Roethlisberger said after Tomlin captured his 150th regular-season win earlier this season against the Chicago Bears. “And so, I’m sure that he’s proud of it, and he should be. There’s a lot of — I guess there’s not a lot of great coaches, but the coaches that have been here have been pretty historic.”

This season, Tomlin helped right the ship after the Steelers started out 1-3 and went on a three-game winless streak in the middle of the season. Now, with just a Week 18 game in Baltimore left, the worst the Steelers can finish is 8-8-1.