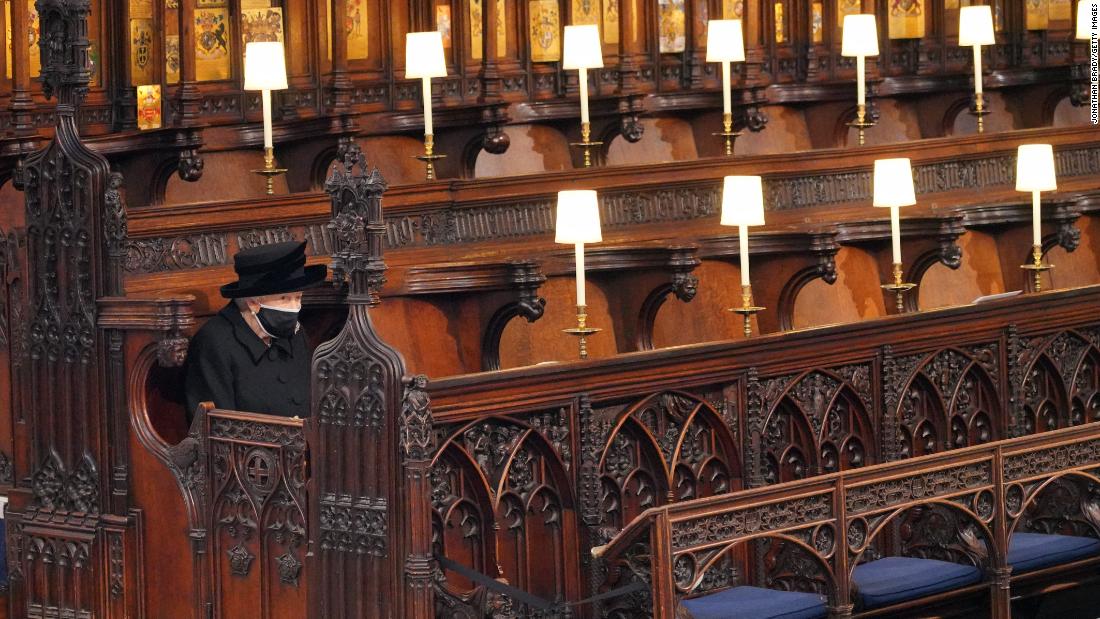 On the night before Prince Philip’s funeral last April, with the nation in official mourning and Queen Elizabeth preparing to lay to rest her husband of nearly 74 years, alcohol-fueled gatherings took place at UK government offices in 10 Downing Street, as first reported by The Telegraph newspaper.

The government has now apologized to Buckingham Palace for the events. “It is deeply regrettable that this took place at a time of national mourning and No 10 has apologized to the Palace,” Prime Minister Boris Johnson’s deputy official spokesman told journalists on Friday.

One of the events was held to mark the departure of Director of Communications James Slack, who is now deputy editor at the country’s best-selling newspaper, The Sun.

Slack also apologized “for the anger and hurt caused” by the event, which he said “should not have happened at the time that it did,” in a statement reported by PA Media on Friday.

The apologies followed The Telegraph‘s report on Thursday, which stated that two gatherings of up to 30 people were held in Downing Street on April 16, 2021.

Accompanied by the headline “A booze run to fill a suitcase with wine,” The Telegraph reported that staff at the parties brought in alcohol bought at a nearby store in a suitcase, played music, danced, and somehow broke a swing used by the Prime Minister Boris Johnson’s toddler son.

The Telegraph is often seen as a cheerleader for Johnson, who was once its Brussels correspondent and was writing a regular paid column for the publication even after entering top-level politics.

A day after the gathering, Philip’s funeral provided one of the most powerful images of the pandemic. The Queen sat alone in the chapel at Windsor Castle during the service, in observation of strict social distancing rules, and a photograph of the solitary monarch elicited huge public sympathy, both at home and abroad.

The Covid-19 restrictions at the time, which mandated a maximum of 30 guests at a funeral, also meant some of Philip’s closest friends were unable to attend.

In April 2021, people in England were banned from socializing indoors with people outside their household or, if living alone, with members of more than one other household. Outdoor gatherings were limited to groups of six people or two households.

Johnson did not attend the April 16 party, the Telegraph reported, but the news of yet another social gathering held under his watch while the rest of the country was living under strict lockdown adds pressure on the already embattled leader.

A Downing Street spokesperson responded to CNN’s request for comment on The Telegraph’s reporting on Thursday by saying: “On this individual’s last day, he gave a farewell speech to thank each team for the work they had done to support him, both those who had to be in the office for work and on a screen for those working from home.” The spokesperson confirmed they were referring to James Slack.

When asked by CNN for further comments Friday morning, a Downing Street spokesperson said the statement above is the only one that would be released by the office.

The latest revelations only deepen the political hole Johnson has found himself in over the social events held in and around Downing Street in the spring of 2020 and the runup to Christmas that year, when national restrictions barred such gatherings.

When those questions started, Johnson initially rebuffed them by saying that no parties had taken place and his staffers and aides had followed the rules at all times. Since then a flood of allegations and leaks have shed new light on several gatherings.

The news has sparked public fury, sunk Johnson’s Conservative Party in opinion polls and led to scrutiny over his position.
On Wednesday, Johnson apologized for attending an event in the back garden of 10 Downing Street on May 20, 2020, but said he believed the gathering to be a work event — a claim the leader of the opposition Keir Starmer said was “ridiculous” and “offensive.”

An investigation into the gatherings led by a senior civil servant Sue Gray is underway.

Airbnb Falls Along With Travel Shares in Broad Stock Rout