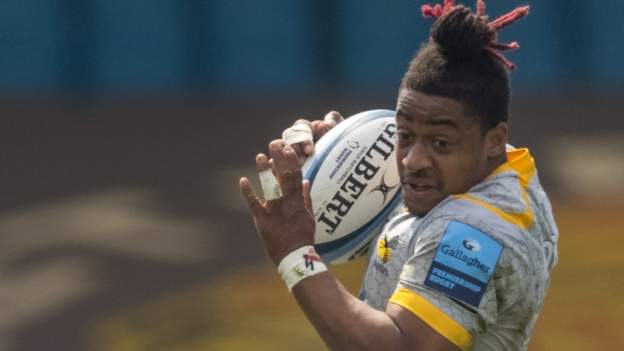 Paolo Odogwu will make his first Wasps appearance in eight months when he starts Saturday’s Champions Cup encounter with Toulouse.

The 24-year-old returns from a knee injury, while Jacob Umaga is back in the team after a two-match ban.

Head coach Lee Blackett has made five changes as Wasps seek their first European win of the season.

They face a Toulouse side packed with France internationals, but missing player of the year Antoine Dupont.

While the scrum-half is absent because of an undisclosed injury, his international half-back partner Romain Ntamack captains the visitors.

For Wasps, James Gaskell comes in at lock and props Biyi Alo and Rodrigo Martinez – who joined in December – start in the front row.

Ali Crossdale will make his Champions Cup debut on the wing, while Zac Nearchou, Pieter Scholtz and Ryan Mills will await their introductions to the tournament on the bench.

Wasps, who inflicted Leicester’s first defeat of the season in the Premiership last weekend, are ninth in Pool B and must climb into the top eight to advance to the last 16.

Toulouse – fourth in the group after two of four pool games – have made four changes since a narrow defeat by Clermont in the Top 14 on 1 January.

Sofiane Guitoune starts at 13, Martin Page-Relo is the starting scrum-half, Peato Mauvaka comes in at hooker and Richie Arnold slots into the second row.